A downloadable game for Windows, macOS, and Android

A visual novel where Alice steps into a different kind of wonderland.

In The Bottom of the Well, you play as Alice who has just had an unsettingly life-like dream about the end of the world. She retells her experience to her friend in a huge, branching narrative. Although a single play-through might take as little as 20 minutes, experiencing all the possible paths Alice can take through the ruins of her city will take you many hours.

The game is intended to be replayed several times with different permutations of Alice: try playing as a survival-minded lone-wolf, or a social butterfly, or why not attempt the difficult but rewarding romantic route? The stats you select for your Alice in the beginning of the game influences everything from small comments to major choices.

This is an updated, reworked and improved version of my entry to the WAG (Write A Game) Challenge arranged by IGDA's Game Writing SIG, where it placed first in the amateur category. The jury had this to say:

- WINNER: THE BOTTOM OF THE WELL
The Bottom of The Well delivers an entertaining, branched story with interesting options. Alice's dream is genuinely terrifying. The conversations feel natural and appropriate. Players can randomize their character stats, but still negotiate the game with deliberate and meaningful choices. The final game stats give The Bottom of the Well immense replay value. One judge played the game several times to find the "best" ending!


Note: Although this is a 'release' version, it still contains bugs. Feel free to contact us (contact information available in-game) with bug reports, feedback or anything else! You can also simply write a comment below!

If you want to get a taste for what it plays/looks like, check out Nigma's Let's Play on YouTube! Both parts now uploaded!!

Updated to version 1.1, download the new file below. No major changes - fixed a few game breakers and some aesthetic issues, and a few game logical things.

Now on Greenlight! Share and vote if y'all are Steam users and want to support this kind of thing :)

Naturally it will always be available here on itch as well, DRM-free and all that.

Updated Windows build to v. 1.2. Mainly narrative and bug fixes, and some minor gameplay changes. Other builds are pending!

Thank you so much for all of your support, help, social-mediafying shares...all that good stuff. :) We're going on Steeeaaaaaam! (and of course staying right here on Itch as well for y'all who prefer the fully-DRM free route!)

And now we're available on Steam as well (with achievements, woo)! -> free to play, natch. Check it out, you who enjoy having all your games in a nice pile. --> The Bottom of the Well on Steam

Simply unzip the file in your desired location and run "bottomofthewell.exe". The game will start up.

Download the .apk file to your device and run it. Note that you may need to permit the installation of non-Google Play apps.

Unzip the file and run it.

I's been a while since I tried this. Very interesting style, love the atmosphere.

Jesus christ... this is one of the best games I have ever played! This was so aweome download it if you havent played it! You have to! Its so good.

Great job to the person/people who made it!

Hey, thanks! Glad you liked it!

There's a slightly updated version out on Steam (free!) as well, if you experienced any bugs or problems with this one -> http://store.steampowered.com/app/449020

I really love this! I love the different experience you get from all the choices! I did find a bug, though - there's no "exit inventory" option when I play with the default Alice. I think there was on the first couple playthroughs, but it's gone now

Hi! Thank you for playing and commenting. Argh, what a strange bug - I've never experienced that myself. This was when you got the inventory prompt in the apartment, right, not when you click the inventory bag later to check what you have? What resolution did you play it on - maybe an option somehow slid off the screen?

Thanks for replying so quickly! It was when I got the inventory prompt in the apartment. It's possible that's what happened. Reinstalling the game seemed to take care of it though - I haven't encountered a missing "exit inventory" button since doing that. Thanks again for a great, entertaining game! I love that there are so many branches for the story to take.

As a btw, this should be fixed now (no exit inventory button after several replays). The reason is because **SPOILERS** after about 5 replays, Alice has wisened up to her dream and decides to (in the future...you know how it is) BUY A CROWBAR. Very useful ;) Point is though that this added item pushed the exit inventory button 'off the screen' so to speak, but it should be fixed now!

Great, thanks! That's so cool, that replaying actually has an effect on Alice!

One is allowed to post comments here, as a FYI! 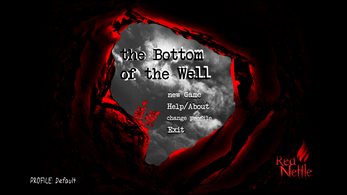 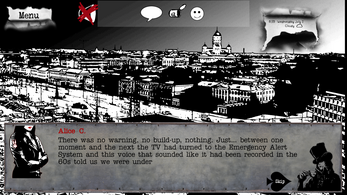 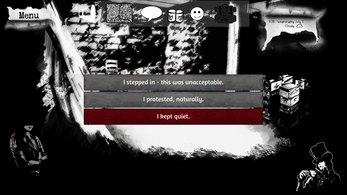 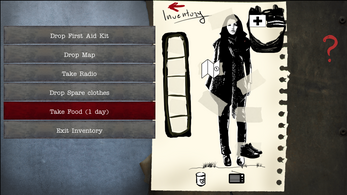 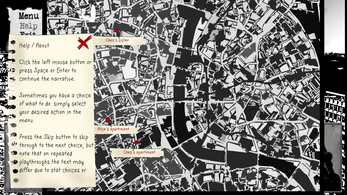 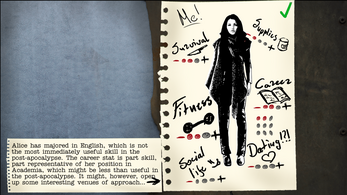 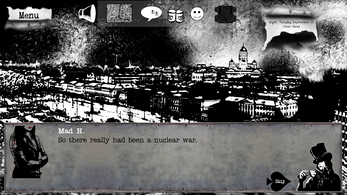